This past week I proved that television is not an inactive, American pastime. Granted, I am undoubtedly attached to the likes of Friends (rest in peace), Gossip Girl, and The Bachelor(ette)—shows that focus on the act that brings about life and not much more.

Gossip Girl in some cases has broadened my cultural views and added to my education. In this case, it had me reading F. Scott Fitzgerald’s The Beautiful and The Damned. Queen B, Ms. Van der Woodsen joyfully attested to her love of this novel.

This novel was real. It had emotions; it had problems; it spoke the stark truth disregarding consequences. Fitzgerald brings to life the unscrupulous couple. It got to the point where, “Books were unreal; the old magic of being alone had long since vanished—instead they preferred to be bored by a stupid musical comedy, or to go to dinner with the most uninteresting of their acquaintances, so long as there would be enough cocktails to keep the conversation from becoming utterly intolerable.” 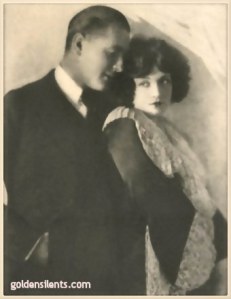 It took me awhile to finish the novel. I milked the contents like a farmer’s boy who realized that his day began at 4 in the morning. I slowly smiled at the instances and 21st century ways of Anthony and Gloria, two people who loved each other, but could not satisfy each other.

There is much to say about skin deep persuasions:

“Yes it is truly a melancholy spectacle. Women with receding chins and shapeless noses go about in broad daylight saying ‘Do this!’”

“But this can’t be true! I can understand, of course, their obedience to women of charm—but to fat women? To bony women? To women with scrawny cheeks?

There was more to say about where love fell in the scheme of things.

“But he says the biography of every woman begins with the first kiss that counts, and ends when her last child is laid in her arms.”

“He says unloved women have no biographies—they have histories.”

About the other part of relationships besides the physical…

“I don’t think that’s right. If I hurt your feelings we ought to discuss it. I don’t like this kiss-and-forget.”

Even more to say about marriage and kids….

“What grubworms women are to crawl on their bellies through colorless marriages! Marriage was created not to be a background but to need one. Mine is going to be outstanding…I refuse to dedicate my life to posterity…What a fate—to grow rotund and unseemly, to lose my self-love, to think in terms of milk, oatmeal, nurse, diapers…”

There are four types of husbands.

And of course defining things…

“What is a gentleman?”

A: “A man who comes from a good family and went to Yale or Harvard or Princeton, and has money and dances well, and all that.”

A: “Was it Abraham Lincoln who said that a gentleman is one who never inflicts pain?”

‘”Intelligence is a mere instrument of circumstances.”

If you are looking for truth and for hardships and uncommitted relationships that cannot work out…la te dah. Open and enjoy.

Chicago city girl dancing, tasting, and working her way through the architectural masterpiece.