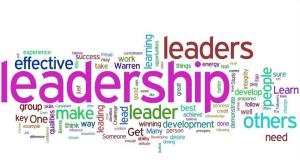 5. Pinnacle (Respect): People follow you because of what you’ve done.

4. People Development (People): Successful leaders discover what other people are good at.

3. Produce (Results): We attract who we are, not who we want.

2. Permission (Relationships): Relationships w/ people are the foundations of leadership.

1. Position (Rights): People follow you because they have to–you are the boss. They give you the least amount of effort.

Next up was Seth Godin, who spoke about the act of making a decision. He said that a lot of businesses make average stuff for average people. A company  decided to give twelve year old girls something to talk about: socks. They sold three mismatched socks and made $40 million. “Wanna see my socks?”

People do not buy things based on facts. We tell stories based on our worldview.

If you think inside the box, it will be too dark.

If you think outside the box, you won’t have anything to lean on.

If you think on the edge of the box, you can see what you can lean on and grow.

Henry Ford was the best person of the 20th century. You could have a car in any color as long as it’s black. Why? Because black paints 4 hours faster than any other paint color.

Leadership means hiring great people and giving them a platform. This means giving up control!

Coach Brown of the Texas Longhorns gave the audience a laugh when he said, “If your girlfriend or wife ever asked you to go on Jerry Springer, don’t do it.”

Sir Ken Robinson addressed the crowd with dry, British humor. “Have you been to Las Vegas? What is that?” Usually a city has a geographical purpose, but Las Vegas is in the middle of a desert. There is no reason for its location, except for the IDEA.

“Being British is about driving in a German car to an Irish pub for
a Belgian beer, then travelling home, grabbing an Indian curry or
a Turkish kebab on the way, to sit on Swedish furniture and watch American shows on a Japanese TV.
And the most British thing of all? Suspicion of anything foreign.”

Finally, he said, “What’s Bill Gates got against the passive voice?’ with regards to Microsoft Word and the green swiggles.

Erin Gruwell, teacher represented  in Freedom Writers, gave a moving speech about the 150 students who nobody else would believe in. She believed that each of her students had a story to tell and she wanted them to share it so that maybe they could rewrite their endings.

Frans Johansson  put three pictures on a powerpoint: termites, a bikini, and ice. He spoke about what drives innovation, in which he replied, diversity.

An architect had to build a building without air condition. He looked to termites who build mounds that maintain 70 degree Fahrenheit temperature, to solve the problem. The building has a steady temperature of 72 degrees.

A woman put a bikini and burqa together so that Muslim women could feel more comfortable when they swim.

The ice hotel started with the idea of “selling” winter. At first, he flew in ice sculptures form Japan, but spring came early and melted them. Then, he created a snow gallery. Then he made a movie screen out of ice. Finally, backpackers said they would like to sleep on a bed of ice and the rest is history.

“Innovative ideas always make sense after the fact. There is someone making these connections and I thing that should be you.”

Suzy Welch promoted her book Ten, Ten, Ten. She said that “Values are like fingerprints.” Who we are and what we do are based on our values. She encourages you to ask yourself three questions:

1. What would make you cry on your 70th birthday?

Some answers: “without my husband,” “still with that jerk,” “still at same job”

2. What do you love and hate about your upbringing?

3. What do you want people to say about you when you aren’t in the room?

*Connect these three questions to your decision making. They let you know your values.

In order to climb Mt. Everest you have to keep going down to base camp, which is psychologically frustrating. Even though you are going back down, you are still making progress.

When she reached the summit, she said, “It is about the journey. People put so much emphasis on getting to the top.”

Coke’s Muhtar Kent and Chick FIl-A’s Dan Cathy had a conversation on the importance on relationships.

“Relationships are important to transactions.” -Kent

Dave Ramsey concluded with the 5 things that have caused his company to win:

1. We believe that people matter. You need to eat, live, and die with your team.

2. An incredible team matters. “Of course they’re nice, we fire the jerks.”

3. Slow and steady wins the race. “Business done well is a crockpot.”

4. Financial principles matter. “You can tell who was skinny dipping when the tide goes out.”

5. A higher calling matters. “When you play for something bigger than you, you will fight harder.”

On your grave there will be a number when you started and when you went to heaven with a dash in between. “What are you going to do with your dash?”

“Me and Jenny Craig have a lot of work to do.” -Ramsey

Chicago city girl dancing, tasting, and working her way through the architectural masterpiece.